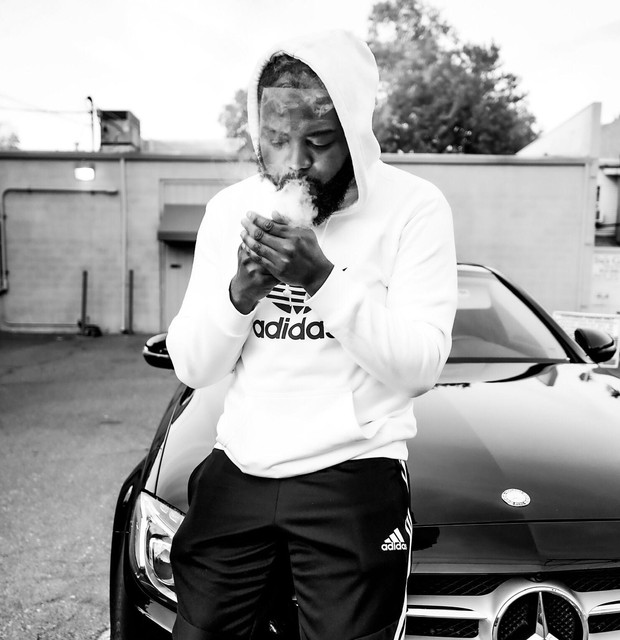 Class is in session and Hip-Hop newcomer, Torrey Tee wants the industry to take notes. The Dallas-bred and Sacramento raised emcee has already opened for the likes of Big Sean, Dom Kennedy and Young Money’s Tyga, Nipsey Hu$$le & YG to name a few. Releasing successful mixtapes such as Mandatorrey Business and The Tutorial series, Torrey Tee is leading a new age of artists illustrating that Northern California is not just a one trick pony. With an uncanny flow, radio friendly hits and formula that has the clubs banging and ladies swaying, Torrey Tee is one bar closer to that Eureka! moment.

Music and God have always been at the forefront of Torrey Tee’s life. His mother was a devout Christian and sang in the choir at the church they attended. Although Torrey’s mother and father separated at the earlier ages in Torrey’s life, his father remained in contact with Torrey and made sure he visited him every summer. It was these stages that ingrained Torrey’s faith, responsibility and taught him to always remain God fearing and more importantly, humble.

“My family never had a lot,” recalls Torrey. “But they had enough to provide which allowed me to appreciate the things that I did have. My mom sacrificed and worked very hard.”

Such good works did not go unwarranted. To help alleviate the struggles that came with raising a child in a single parent household, Torrey began mowing lawns and working at the local movie theater. While other preteens were enjoying the empty responsibilities of teen hood, Torrey was helping his mother make ends meet. But, whenever he was given a moment to relax, Torrey explored his first love and passion – music. Inspired by the sounds of artists such as the Notorious B.I.G., Torrey began experimenting with Hip-Hop, jotting rhymes on practically anything he could find.

“Paper, napkins, my hands…you could always find music on me,” says Torrey. “I loved music, but never took it seriously. I saw the Jay-Zs and 50's on TV but didn't think that that life was a possibility for me – at the time.”

With friends and family continuously encouraging Torrey to pursue his dreams in the music industry, Torrey began writing, recording and even producing his own records. By performing at local high school open mics, talent shows and even having a record on the local Hip-Hop radio station in Sacramento, the word was out and Torrey Tee was IN. His first mixtape, Mandatorrey Business received tremendous amount of attention from his peers and even the attention of major label executives.

“It’s been a blessing to be accepted by people in this business,” states Torrey. “But this journey is only getting started. I have my eyes set on becoming the voice of my city!”

With directing, producing and photography under his belt, Torrey Tee is one of those rare breeds of artists that take their career in their own hands. Charisma and an undeniable hustle, Torrey Tee is creating a legendary footprint in the Northern California Hip-Hop scene. Let the lesson begin.