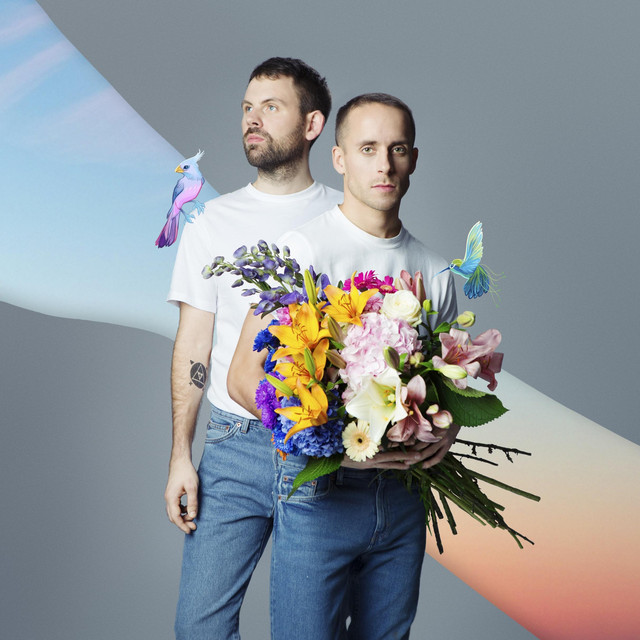 The Sound Of Arrows

The Sound of Arrows are a Swedish electronic music duo originally from Gävle, and now based in Stockholm. The duo, consisting of Oskar Gullstrand and Stefan Storm, have remixed tracks for artists such as Lady Gaga, Alphabeat, The Naked and Famous, Natalia Kills and Nicole Scherzinger. They also produced the song "Shoot the Bullet" for electropop artist Queen of Hearts.

The band's song "Into the Clouds" was among the most downloaded songs in the United Kingdom for the week of 20 September 2009. Their major-label debut single, "Nova", was released in March 2011 by Geffen Records, and its accompanying music video premiered on Popjustice on 21 February 2011. The follow-up single "Magic" was released in August 2011, having previously been used in a television commercial for the Mitsubishi Outlander car. The duo's debut album, Voyage, was released in November 2011. In 2015, the band announced plans to release a second album. On 17 March 2017, the band released the single "Beautiful Life", their first in five years.