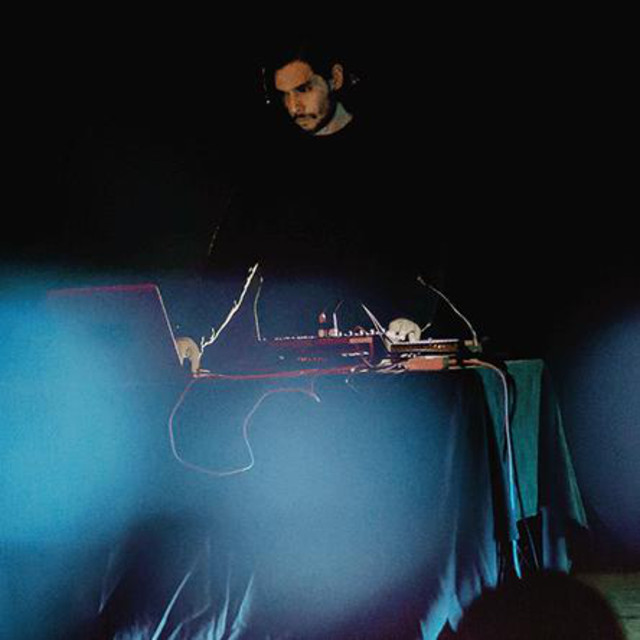 Sonic explorer Jon Porras crafts evocative soundscapes using guitars as well as both analog and digital synthesizers. He first came to prominence as one-half of Barn Owl, a beloved psychedelic drone duo from the Bay Area whose recordings ranged from the mystical doom metal of 2008′s From Our Mouths a Perpetual Light to the sludgy electronics of 2013′s V. As a solo artist, Porras released a few recordings of arid, desert-like drone under the name Elm near the end of the 2000s before going by his given name, starting with 2011′s Undercurrent. While his initial solo releases were primarily focused on guitar, Porras switched to frozen electronics with 2014′s Light Divide, followed later in the decade by warmer electronic works like 2018′s Voices of the Air. Porras had played in metal bands before forming Barn Owl with Evan Caminiti in 2006. The two met while attending a class at San Francisco State, and bonded over a mutual interest in meditative music. Barn Owl began releasing home-recorded improvisations on labels such as Not Not Fun and Root Strata, then appeared on a 2008 split LP with Tom Carter of Charalambides. Porras debuted his solo project Elm that year, releasing Bxogonoas on Digitalis Limited and Woven into Light on Blackest Rainbow. Nemcatacoa followed on Digitalis in 2009, and both members of Barn Owl collaborated with Digitalis co-founders Brad Rose and Eden Hemming for a one-off cassette as Hanging Thief. Following Barn Owl’s acclaimed 2009 Root Strata full-length The Conjurer, the duo signed to Thrill Jockey and released Ancestral Star in 2010, additionally appearing on Important Records with The Headlands, a collaboration with the Infinite Strings Ensemble. Also in 2010, Digitalis released Black Summit by Gärden Söund, a collaboration between Barn Owl and Eternal Tapestry’s Dewey Mahood and Jed Bindeman. Going by his own name, Porras released the guitar-based drone album Undercurrent on Root Strata in 2011. Soon after, Thrill Jockey released Barn Owl’s Shadowland and Lost in the Glare. Porras’ first solo album for the label was 2012′s Black Mesa, while Orilla Oscura appeared on Immune the same year. Porras also released an EP of atmospheric techno titled Lxtvny under the name Vallens. Additionally, both members of Barn Owl participated in Bay Area experimental supergroup Portraits, whose self-titled full-length was released by Important Records that year. Following Barn Owl’s 2013 full-length V, which incorporated distorted drum machines and other abrasive electronic textures, Porras embraced sub-bass and spacious sound design with his 2014 solo album Light Divide. Following a three-year absence, he returned in 2017 with Tokonoma, a cassette on Geographic North which was composed using the Yamaha DX7 synthesizer. He continued in this direction with 2018′s Voices of the Air, his first album on Ba Da Bing Records. ~ Paul Simpson